The DSC Power 1832, also known as Model PC1832, is a hardwired home security system with 8 on-board zones. More zones can be added, via hardwired or wireless expanders, up to a total of 32 zones.

“DSC” stands for Digital Security Controls, and the company has been a leader in the security industry for many years. The DSC 1832 shares similar wiring and programming with its predecessor, the DSC Power 832.

The very popular DSC 832 has been discontinued, but the Power 1832 is more than adequate as a replacement. Both the 1832 and the 832 DSC alarm systems have been workhorses in the security business for years, and have been installed by professionals and do-it-yourselfers alike.

For help in keeping an existing panel running, see these pages:

My DSC Home Alarm is Beeping! - Causes and Solutions

Let’s look at some of the best features of the Power 1832, and see why it’s a good choice in so many situations. 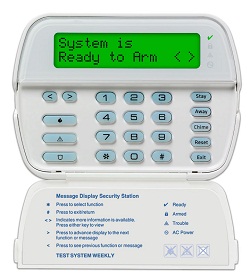 Up to 32 individual user codes can be programmed into the DSC 1832 security system. These control the system through up to 8 security system keypads, which can be of different types.

User codes can be assigned to each area of protection if partitioning is used (see the “Partitions” section below).

The 8 zones of the basic Power 1832 a good fit for small-to-medium sized homes. For larger houses, zone expanders can be added to increase the number of protected zones.

The DSC Power 1832 supports up to 32 wireless zones with the addition of the RF5132 wireless receiver. You can mix and match wireless and hardwired zones to meet your needs. So, you could hardwire areas of the house with easy access for wiring. Any hard-to-wire locations could be covered using wireless door and window transmitters, wireless motion detectors, etc.

The PC5580TC DSC Escort Voice Module is an easy way to access the Power 1832 while away from home. It connects to your home telephone line and the DSC 1832 panel, and allows you to interact with the system remotely. You can check system status, arm and disarm, bypass zones, etc. by calling your home phone number, entering an access code, and following the voice menu.

This is a great feature to use while you’re at work or traveling on vacation, and need to know what’s going on at home. It lets you monitor whether or not a house sitter, cleaning crew, or even your own family is arming and disarming the system at the expected times.

In the last several years, an even better option has become available for remotely accessing the Power 1832 system. The Envisalink EVL-4EZR Module from EyezOn allows viewing status and controlling the Power 1832 from anywhere with a data connection. The Basic plan is free, with enhanced functions available at additional cost.

Learn more about the Envisalink-4 by EyezOn.

Partitioning allows you to “split” the DSC Power 1832 to function as separate systems. Each partition in the system can be armed and disarmed independently from the others.

For example, suppose you have a garage, guesthouse, and workshop in addition to the main house. You could assign a partition to each area (up to a maximum of 4). Then, the main house can be armed and disarmed without affecting the armed status of the other areas. 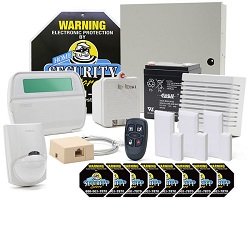 This is perfect for areas that you don’t use on a daily basis, like a workshop, gun safe, or jewelry closet. That area can remain armed most of the time, unaffected by routine activity in the main part of the house.

Using partitions on the Power 1832 and most other alarm brands will require some extra programming, which is covered in the programming and installation manual.

You may have inherited a DSC Power 1832 as part of an existing home security system. In that case, you have a well-known brand and model that will likely last for years to come.

If you’re considering DIY alarm systems, the Power 1832 is a good choice with options for almost any size home.


Return to Home-Security-Systems-Answers from DSC Power 1832