FBI alarm systems were originally made by Fire Burglary Instruments, Inc., or FBII. Later, FBI Inc. became a part of the Pittway Corporation, which was then acquired by Honeywell Security. FBI produced many different systems over the years, including the XL-series and the Omni series.

Although I’ve seen occasional listings online, these systems are generally no longer available in the US. Some of the FBI alarm keypads are available (more on this below).


If you have one of these FBI systems, you may be wondering how long you can keep it running. Below is a listing of the most common systems, followed by some info on maintaining older FBI security systems.

The XL-1218 was one of the earliest in the XL-line. It was a simple, four-zone hardwired system with four user codes. It performed all of the basic functions of systems that came later, and was installed in many, many homes and businesses in its day.

For brand comparison, the XL 1218 was roughly equivalent to its competition around the same time, the Napco Magnum Alert 800.

After the XL-1218, the Star XL-4600DL was introduced. It is a 6-zone hardwired system with no wireless or expansion options. It holds (6) user codes.

The next offerings in the XL-series from FBI security improved on the 4600. These included the following (now discontinued and out-of-production) models: 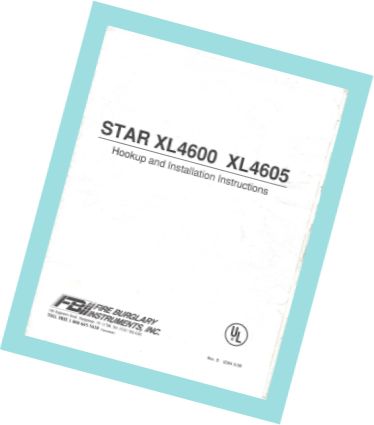 These later XL series models are mostly hardwired systems with anywhere from 4-12 on-board zones “out of the box”. The lone hybrid panel was the XL-20, which offered 4 standard wired zones, up to a maximum total of 8 zones with wireless expansion.

The interesting thing about these XL systems is that even though they were smaller panels, zone-wise, they offered many features. Even the more basic versions had a list of functions and programming options you might expect to find on modern panels of today.

For example, the lowly FBI XL-2T only had 7 hardwired zones (not expandable) and a 15 user code capability. However, it offered several advanced features including:

This meant that, for its day, the XL-2T could actually be considered “feature-packed” compared to some competing systems.

The FBI security Omni line boosted the low zone and user code counts of the previous XL series, making them a better choice even for smaller applications.

The Omni line picked up where the XL-series left off. Omni systems offer more zones and user codes, along with the same list of other desirable features. 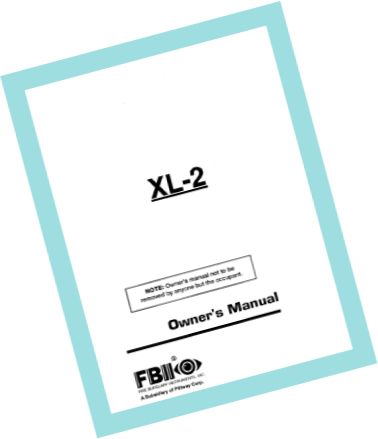 Some of the panels in the Omni line:


Consider the FBII Omni 848 Hybrid system. It has 8 hardwired zones on board, but these can be expanded to 16 zones using zone doubling. This means you actually get 16 zones without buying any expansion modules or other devices. By adding expansion equipment, the 848 supports a maximum of 32 hardwired zones.

Being a hybrid panel, the Omni 848 supports up to 48 zones using wireless expansion. It can also use a combination of hardwired and wireless zones, making it very flexible for installers and DIYer’s alike.

Aside from zone capabilities, the 848 supports up to 64 user codes, 4 partitions, and 20 auxillary relays.

Maintenance of your system is normally taken care of by your alarm company, if you have one. If not, here is what's involved:

If you have one of the older FBII systems in good working order,

you can probably continue to use it indefinitely. Like any alarm system, you’ll need to replace the main panel battery every few years. For help doing this, see my article on alarm system battery replacement.

If you've lost your master code, or you've "inherited" an existing system and don't know the code, you have limited options. Panels in the XL-series have no easy way to recover just the master code; you have to factory default the whole panel. This then requires the system to be re-programmed "from scratch", which can get tedious.

Information on defaulting and programming can be found in the Installation Manual for your specific XL model.

You can do this procedure yourself, but you may find it more worthwhile to have an alarm company do it for you. They can also check the battery, keypads, and contacts to make sure everything is working properly.

The only other option is to replace the system with something newer, which any alarm company is, of course, happy to help you with.

If your FBII security system is having keypad problems, you may have some choices. You can find a replacement XL-4600SM FBI alarm keypad through the link below. This is a 6-zone LED keypad, and will work on several of the XL-series panels.

You can find other keypads by searching for your specific system model number. Be aware that these keypads may not be available much longer, as the main systems they are compatible with fail over time.

If your FBII main panel fails, upgrading to a new system is your only practical option. You may find the odd eBay or Amazon listing for a complete FBI main panel (or circuit board). However, I would check these offerings carefully to be sure they are new. If you can’t find one in “new” condition, you’re much better off replacing the system and keypads.

If you are considering a replacement for your older, discontinued FBII system, here are some of the advantages you can look forward to:

Not sure you have the skills needed to install an alarm system yourself?

Or, do you have plenty of skills, but not enough time?

I understand completely. These are two of the reasons I’ve partnered with BuyerZone. Using their connections with alarm dealers across the country, you can quickly get free alarm quotes from companies in your area.

You can find links to FBI manuals on my alarm system manual sources page.

Not sure if you want to fix your alarm yourself? See this section on DIY home security systems.