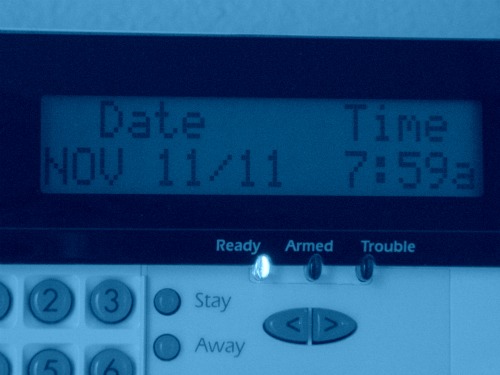 Alarm system keypads are the main interface between you, the user, and your alarm system. They accept commands through the keys, and output information using a visual display and audible tones.

The keypad shown above is an older LCD keypad for the very popular DSC Power 832 system. Although it's now discontinued, thousands of these systems are still protecting homes and businesses everywhere.

For tips on how to deal with an older keypad that's wearing out, see this page on Brinks Home Security Systems.

Alarm system keypads, also called touchpads, all have a few things in common. Regardless of the brand or model, here are some truisms for any modern security keypad.

Security system keypads communicate digitally, but there are no industry-wide standards or protocols. This means that keypads are specific to their parent brand of alarm panel, and will not function on another maker’s panel. So, if you have a DSC alarm system, you can only use DSC brand keypads with it. 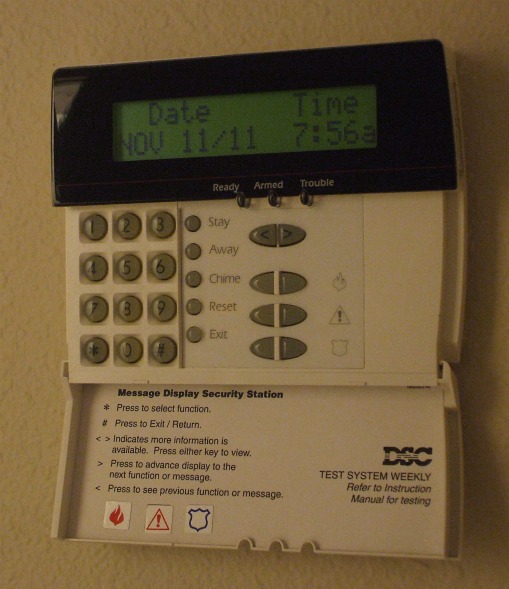 In addition, many keypads are also specific to a certain “family” of panels within their brand. Panels and keypads generally only operate with others in their product line.

A good example is the Radionics brand of security systems. Keypads designed for the older Radionics Model 6112 system will not operate on any of the newer Radionics alarm panels, and vice-versa. This is mainly due to microprocessor speeds becoming increasingly fast to handle more zones, users, and other functions. Older equipment was never designed to operate at these faster speeds, and isn’t compatible.

Few, if any mainstream alarm manufacturers offer weather-rated keypads, at least in the normal sense. Keypads exposed to the elements will fail, sooner or later. Choose keypad locations that are indoors or in an enclosed garage.

If a keypad absolutely must be installed outdoors, there is an option. Many aftermarket keypads are available that provide a relay closure whenever a valid code is entered. This can be used to arm and disarm an alarm system, provided it is capable of keyswitch arming. These keypads are fully weather-rated, and will last for years.

These weatherproof keypads only give limited functionality. You can arm, disarm, and see if the system is on or off, and that’s about it. Zone bypassing, viewing individual zone information, and other functions aren’t supported.

Home security keypads use a 4-wire connection to the main alarm panel, in almost all cases. Two of the conductors are used for 12-volt power, while the other two are for data. 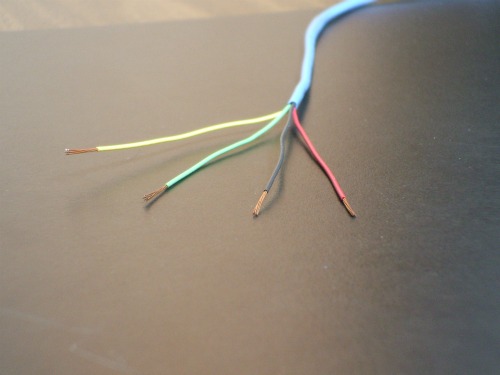 This 4-wire layout is not only simple, but very secure. An intruder attempting to tamper with a keypad couldn’t do much more than damage the unit. Alarm keypads are basically “dumb” terminals, and nothing short of entering a valid code sequence will actually disarm the system.
One exception to this idea occurs with keypads like the Ademco/Honeywell 6160RF, which contains a wireless receiver inside the keypad. Damage to this type of keypad could result in the signals from wireless zone transmitters not being received, which is a concern.

Balance this against the fact that in an actual break-in situation, the transmitter signals would normally be sent and received well before an intruder could reach and damage the keypad. Still, something to consider.

All keypads in a system will have the ability to perform basic functions such as arming and disarming the alarm, and displaying system status in some way.

Most basic displays use LED’s (light-emitting diodes) or LCD’s (liquid crystal displays). These give you an indication that the system is armed or disarmed, and the zone numbers for any faulted areas. beyond that, they usually aren’t designed to give much detailed information.

More advanced functions require the use of full-function alarm system keypads, often referred to as "alpha", “deluxe”, or “enhanced” keypads.

These will usually look better than standard keypads, and have larger alphanumeric displays capable of showing customizable zone descriptors and other information.

They often have additional programmable buttons for panic alarms, shortcut arming, bypassing of zones, and other system actions. 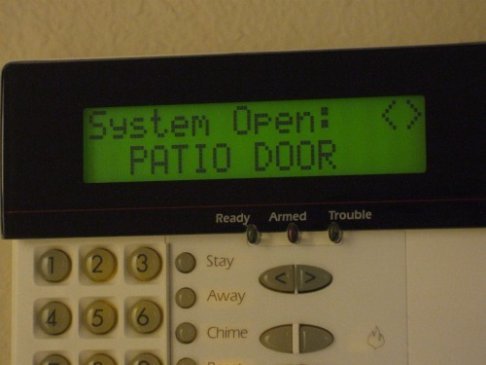 The higher-end alarm system keypads are usually required for programming the system, on panels that offer that ability. Their enhanced displays and/or added buttons make entering and reading data possible.

The Ademco 6160 keypad is a good example of this. The 6160 is required to do most system programming, as the fixed LCD 6150 keypads can’t display data fields.

If you need to temporarily connect a 6160 or other program-ready keypad to an existing system, see this page for an Alarm Programming Quick Keypad Connector. 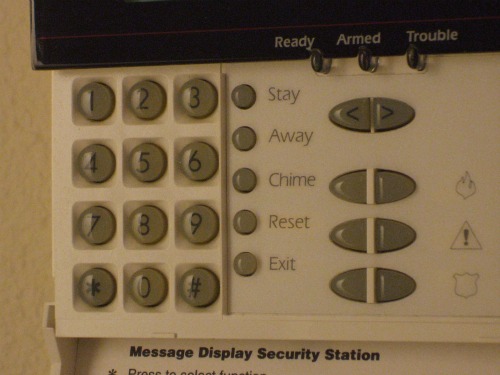 Some of the best systems have the option to program buttons to perform macros. A macro allows you to fire off a pre-programmed sequence of keystrokes with the touch of a single button. This is often used to arm the system in a particular mode, or with certain areas bypassed.

Alarm system keypads are used mainly to arm and disarm the alarm system, so they are typically located near entry/exit doors. Another keypad in the master bedroom may be needed, depending on the floor plan.

If possible, try to locate alarm keypads so they can't be seen from outside the house. This will prevent a would-be burglar from learning if the system is armed or disarmed by seeing the red or green LED indicator. 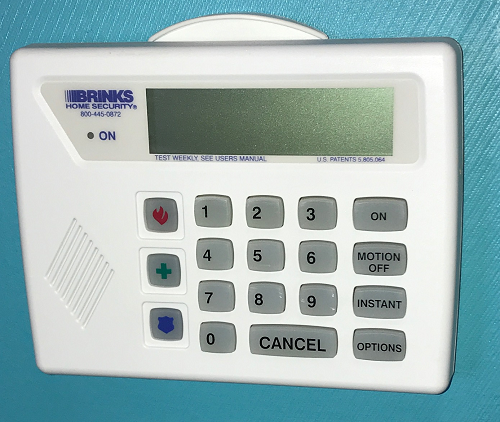 If you’re trying to save a little money on the cost of a system, consider installing just one deluxe keypad, and basic units everywhere else. This saves money while still giving you the flexibility of a full-featured keypad for programming, checking trouble conditions, etc.

It’s always a good idea to include at least one enhanced keypad in the system, even if it’s not required. The larger display makes it easier to read information like event logs, zone lists, and diagnostic reports.

For information on what wires are needed for a complete system, check out Home Alarm Wiring for a New House.

For details on keypad wiring, see Alarm System Wiring for the Main Panel.


If you have an older system that's starting to have keypad problems, you may be thinking about replacing it.

Since many keypads are unique to the main panel they were designed for, getting a new system may be easier and cheaper in the long run than buying a matching keypad.