How to Use Opening and Closing Reports

Opening and closing reports are the signals sent by an alarm panel to indicate the system has been disarmed (opening) or armed (closing). The terms carry over from the days when businesses were the primary users of alarm systems, and it was necessary to know when a store opened and closed each day. Note that this open and close communication is not the same as how you open and close a door, window, etc.


Nearly all security systems have the ability to send opening/closing reports, and many offer advanced features that make these signals very useful for owners of residential alarm systems.

If you have a babysitter, cleaning service, or other regular visitors with access to your home, you might want to be able to verify when they arrive and leave. Opening and closing reports do just that.

I know of one alarm customer of mine who noticed her cleaning crew had arrived and left within just one hour, based on the alarm opening and closing signals. This was hardly enough time to do the thorough cleaning job they were billing my customer for.

Needless to say, they “came clean” when confronted with the alarm reports!

Opening and closing reports also allow you to verify that everyone with access to your house is in fact using the alarm system. Large gaps of time between an opening and the following closing can indicate that someone is failing to arm the system on leaving.

There are several types of open/close reports, and each can be useful in different ways.

If you own a business, knowing when the alarm is armed and disarmed is probably something you’d like to know. Many homeowners (who may also be business owners) also want to keep track of when their systems are turned on and off.

Basic or “straight” open/close reports provide a log of all arming and disarming activity, time stamped by the receiver at the central monitoring station. Most systems allow you to assign each user their own personal arm/disarm code. When someone uses their code to open and close the system, their user number is also reported. This allows you to track who enters and leaves the home, and at which times. 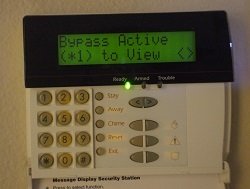 Exception reports “weed out” the normal everyday activity, when there isn’t really anything unusual to report. Think of it as a “No news is good news” feature. However, if the alarm is tripped while being disarmed, an exception report on opening signal is sent. Likewise, if the system is armed with a zone bypassed (“shunted”), then an exception closing is sent.

Exception opening and closing reports are useful because they may indicate a possible problem, either with the alarm system or its users.

At opening time, a faulty entry door switch might not trigger a delay for someone entering the house, causing the alarm to go off. At closing time, a bad door or window switch could cause the system or user to bypass the faulted zone, sending an exception closing signal.

On alarm panels with more advanced features, opening and closing “windows” can be programmed. As long as the system is armed and disarmed within specified open and close times of day, no report is generated. But, if the system is accessed during off-hours, a report is sent. Reports can also trigger special handling instructions to central station personnel, like calling the premises, a contact person’s home or cell phone, etc.

A special kind of exception reporting is referred to as a Latchkey function. It specifically addresses the issue of “latchkey” children, who often arrive home from school to an empty house due to their parents’ work schedule.

A latchkey report is sent if the alarm system isn’t disarmed by a certain time of day. It can be user-programmed to correspond to a child’s expected arrival time at home. The Latchkey function is available on many newer panels as a dedicated feature, but older panels with programmable opening and closing windows can perform the same function.

Getting Open and Close Reports

Activity logs of opening and closing reports can be sent to a business or homeowner on a monthly (or other) basis via email or snail mail, or just logged in the central station system for future reference. Security companies charge varying amounts for these services, so be sure to get the details before you decide to start getting activity reports.

All of the above refers to open/close reports sent by a monitored alarm panel reporting to a central station. But, what if you don’t want monitoring?

Many panels are now offering alternate reporting methods that don’t require a central station, and instead provide cellphone, smartphone, pager, and other mobile notifications. This self monitoring option can allow you to receive virtually any combination of alarm, trouble, or opening/closing reports you might want directly to your phone or mobile device. And, best of all, it’s free!

These features will, of course, require a bit of set-up initially. You (or your alarm installer) will need to program which messages or notifications to send, along with any cellphone numbers needed to reach your devices. If you’re a do-it-yourselfer, be sure to test each type of signal carefully to make sure you can receive it properly on your mobile device.

Also, before you decide to “jump ship” on central station monitoring, be aware that you probably won’t qualify for any homeowners’ insurance discounts if your system reports strictly to a mobile device. Depending on your carrier, the savings on monthly monitoring may not be worth the trade-off of higher insurance premiums.

Learn more at Should You Self Monitor Your Alarm System?

How to save money with Home Security Alarm Monitoring

Home Burglar Alarm Systems Monitoring - Not Always Necessary? Getting the most out of non-monitored systems.