Finding the best home alarm system is really a two-part process. First, you need equipment that has features and capabilities you want. Second, that equipment must be installed in the best locations to give you the coverage you’re looking for.

This article deals with perimeter and interior burglary protection, the primary methods of securing a house. I’ll explain what they are, why you need them both, and show you a few “exceptions to the rule”. 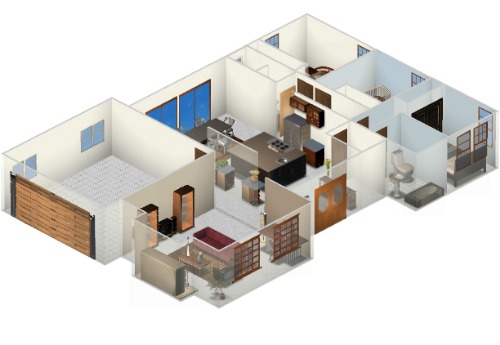 Using this information will help you choose the best home alarm system for your situation.

Keep in mind that these recommendations apply whether you’re looking for a wireless alarm or a hardwired system. Sensors of all kinds are available in wireless and hardwired versions, but their functions remain the same.

A perimeter security alarm is the first line of defense for any home.


Magnetic reed switches are, by far, the most commonly used devices for this. All exterior doors and movable windows should be “bugged”, with a few exceptions which I'll cover in a minute.


Some security companies may try to sell you a system that only uses interior protection, such as motion or glassbreak detectors. While this may save you a few dollars (and is even acceptable if that’s all you really want), it’s not the best solution.


There are several reasons for covering the entire perimeter: 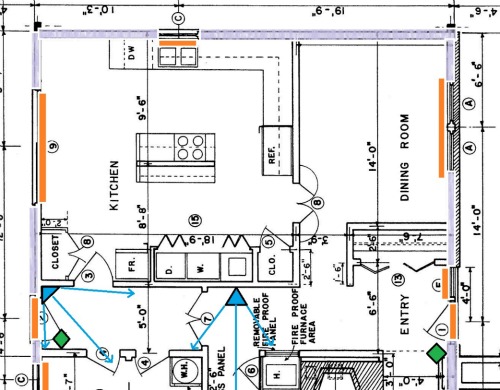 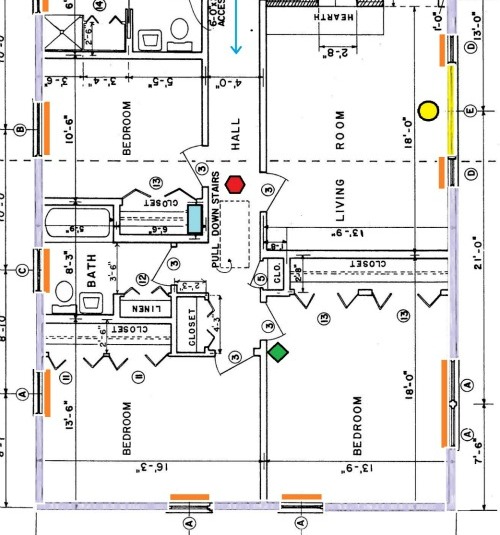 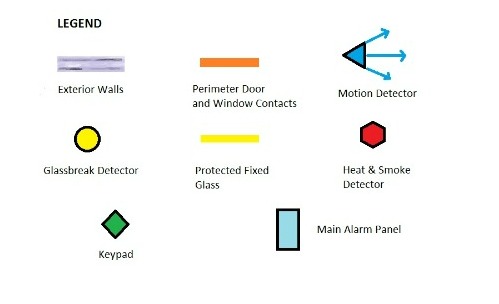 Having said all that, there are some exceptions to alarming all perimeter openings. These will be based on the physical layout of your house, your budget, and your personal preferences:

Burglars tend to take the path of least resistance, and they look for easy spots to get in. If you have any hard-to-reach openings, you may want to skip them and spend your money elsewhere in the system.

The best home alarm systems will have some sort of interior protection. Motion detectors are the preferred method, and give you a good second line of defense. The interior devices will likely trip up any intruder who manages to get past the perimeter.

Motion detectors are needed because perimeter protection won’t detect the breaking or cutting of glass. Perimeter sensors only sense the movement of the door or window frame.

Although glassbreak detectors are also commonly used, I always recommend installing at least one motion sensor.

Even if you could afford glassbreak detectors at every piece if glass in your home, they have two big limitations:

Unlike glassbreaks, motion detectors can sense movement after the initial entry is made. You get lots of chances to catch the intruder as he goes from room to room, down hallways, etc.

Why wouldn’t a glassbreak trigger?

Heavy drapes, shutters, and many other furnishings reduce the range of glassbreak sensors.

Even though the system was likely tested when it was installed, you may have added items like this afterwards and inadvertently reduced your protection.

The best home alarm systems provide some sort of “Home” or “Stay” arming options. This allows you to arm the perimeter separately from the interior, so you can secure the house and still move around in it.


Motion detectors do have some limitations. If you have pets, you may not be able to use motion detectors on a daily basis. If you can’t restrict the animal to an area without sensors, you’re better off not using them.

So-called “pet-immune” motion detectors are available, and can work well when installed properly. Even so, very active pets (especially some cats) can set off even a pet immune detector.

I still recommend installing at least one motion detector in every system. You can arm the motion sensor when you’re away on vacation, and your pet is either with you or "vacationing" at a kennel. Also, some kind of interior protection is a plus if you ever decide to sell your home.

The best home alarm system should also protect special areas of a home. These are often interior areas that need to be armed all or most of the time. This includes wall safes, jewelry cases, gun vaults, and any other sensitive areas.

Modern alarm systems have ways to custom-program zone behavior to meet the needs of these special areas.

Usually this means programming the zone as a 24-hour type, but with the ability to bypass it with a few keystrokes at the keypad. This gives you a way to access the valuables when needed.

Take some time to walk through your house, and count the number of doors and windows that need protection. Also make a note of any you don't think should be part of the alarm system.

A door and window count is the first question an alarm company is likely to ask when quoting a price. It helps them determine the type of alarm panel needed to cover your home.

If you're a do-it-yourselfer, you'll need this information for the same reason.

Wondering how much a new alarm system would cost?

Get free home security systems quotes from companies in your area. This will give you a good idea of what it would cost to install a system, as well as how much you could save by doing it yourself.

To learn more about what goes into the cost of an alarm system, see this page on home security prices.